The STIMULATE Association is focused on supporting research
and the associated distribution of scientific knownledge and findings. 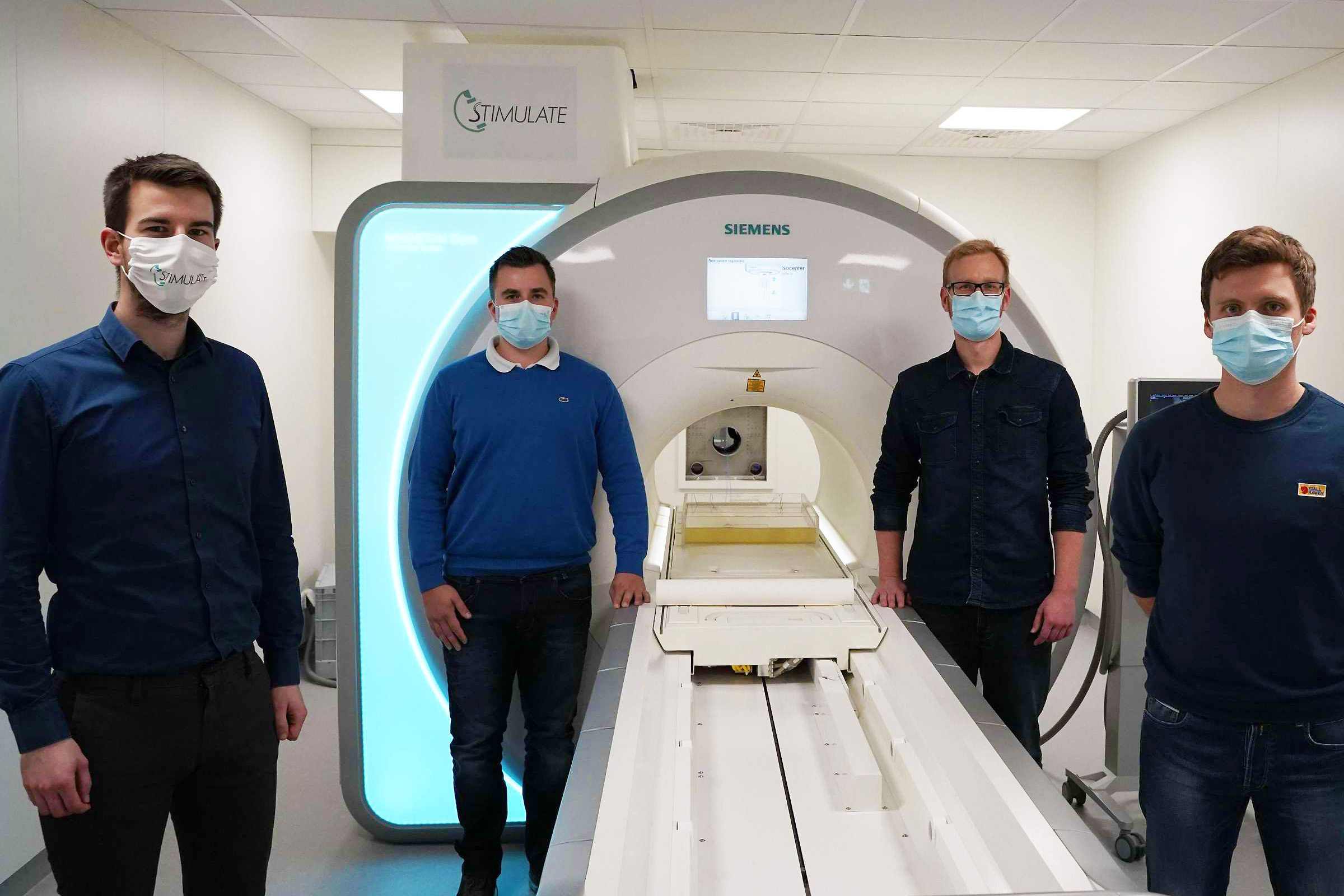 The EMERGE project of the association member MIPM GmbH and the Otto-von-Guerricke University Magdeburg deals with the use of ECG in minimally invasive surgery. (german)
More news 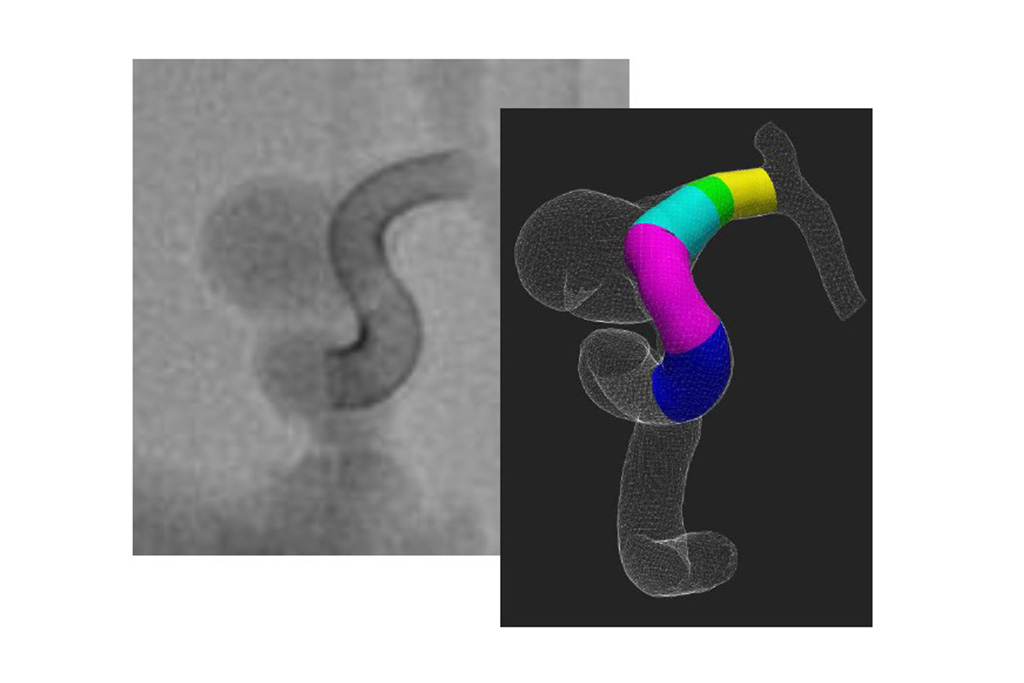 The BELUCCI project of the association member Acandis GmbH and the Otto-von-Guerricke University Magdeburg deals with the individualization of flow diverters. (german)
More news 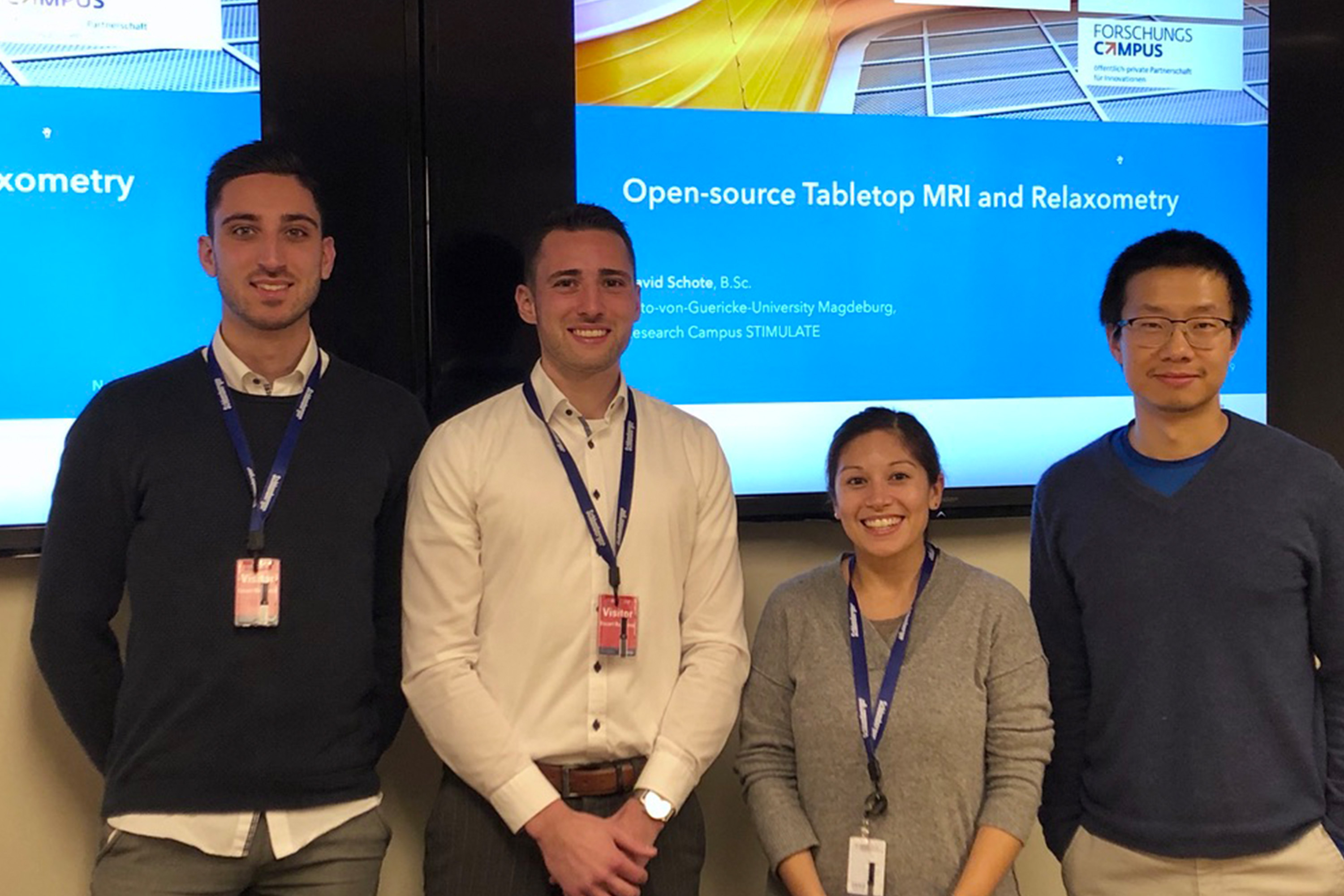 The two students talk about their beginnings at the STIMULATE research campus, experiences abroad at MIT in Boston, Tabletop MRI, and their master's theses. (german)
More news 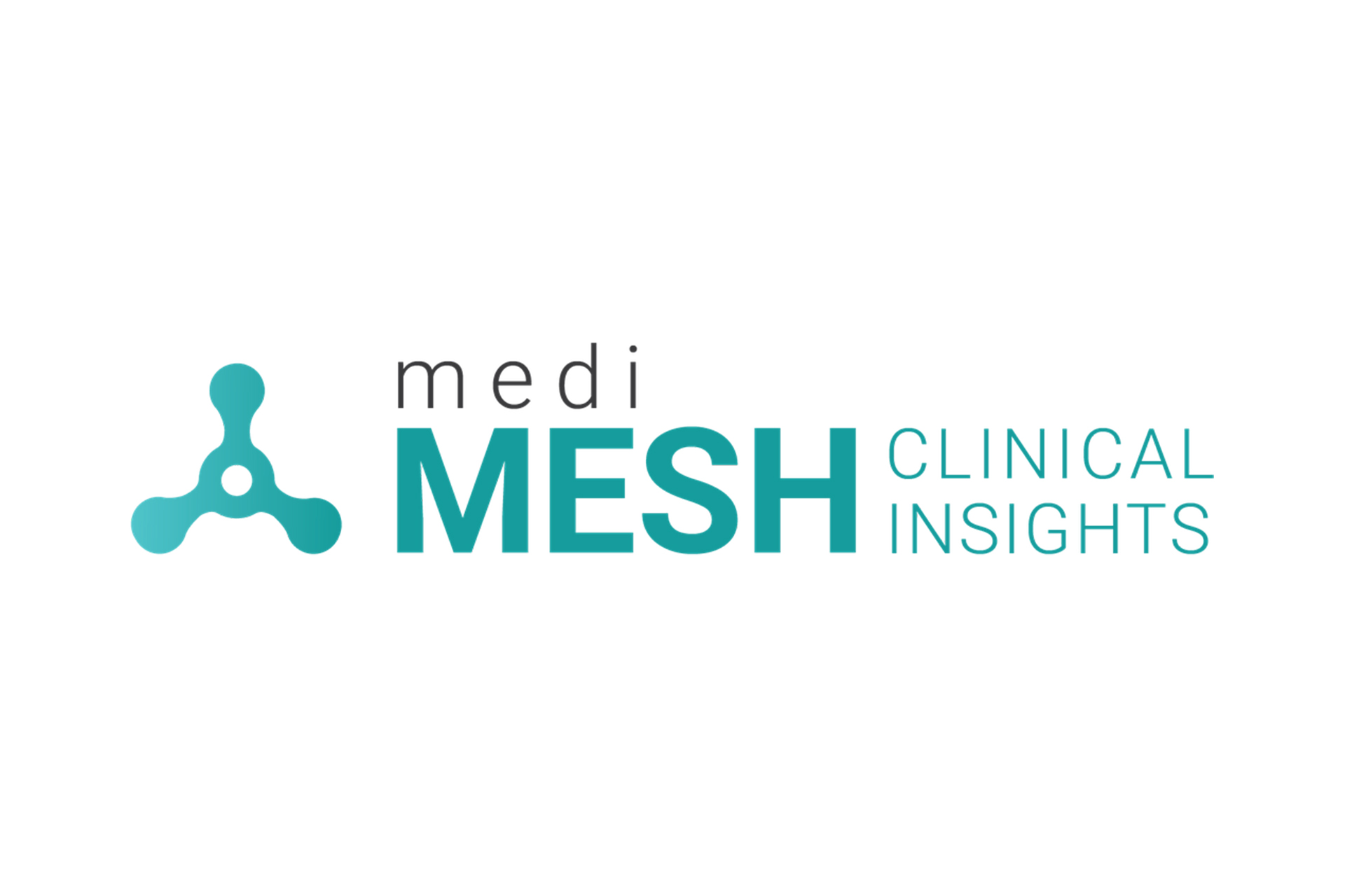 The outlook on the project explains what components and aspects make mediMESH so unique. (german)
More news 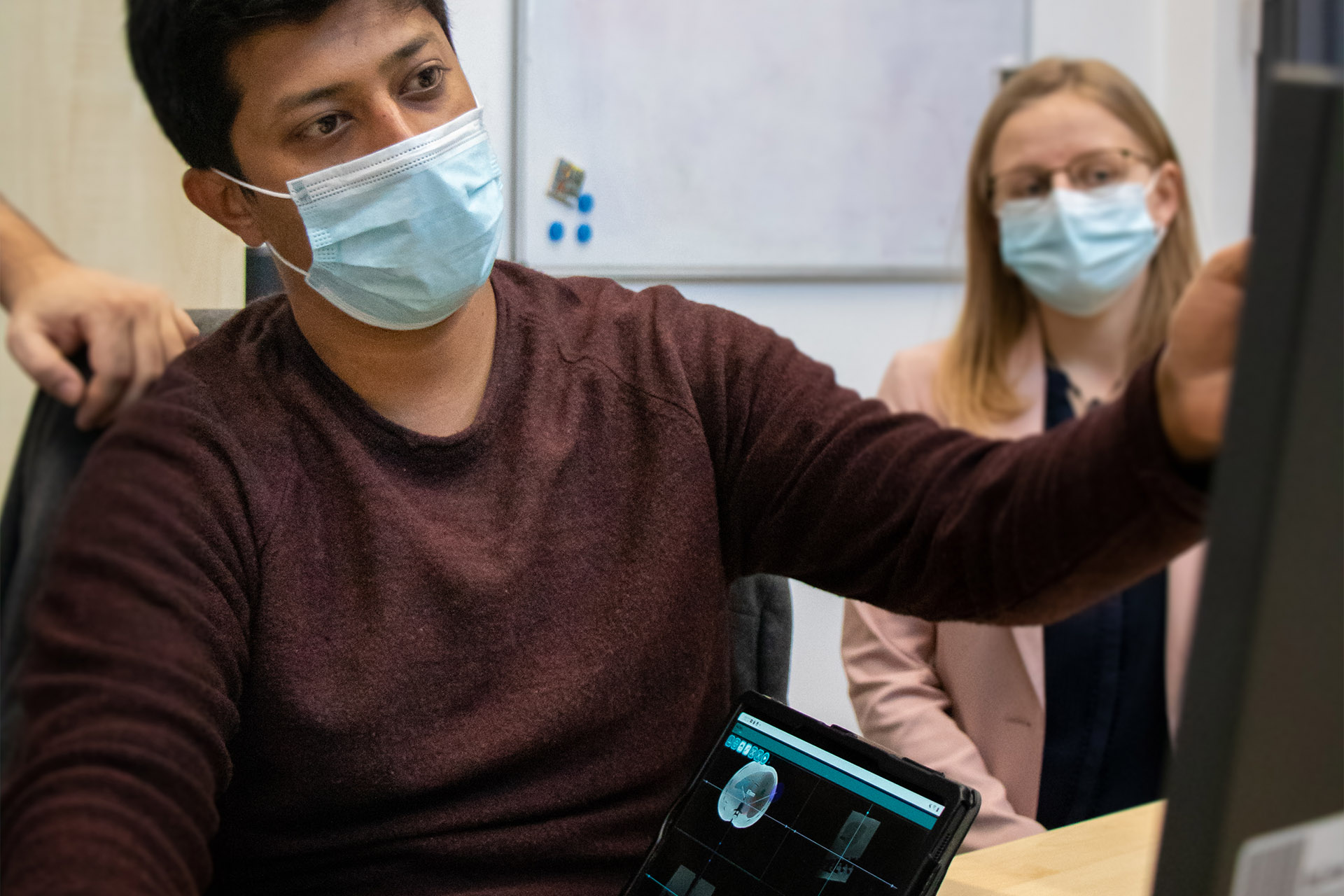 An insight at the Magdeburg-based start-up InLine-Med into their current projects and prospects for the future.
More news 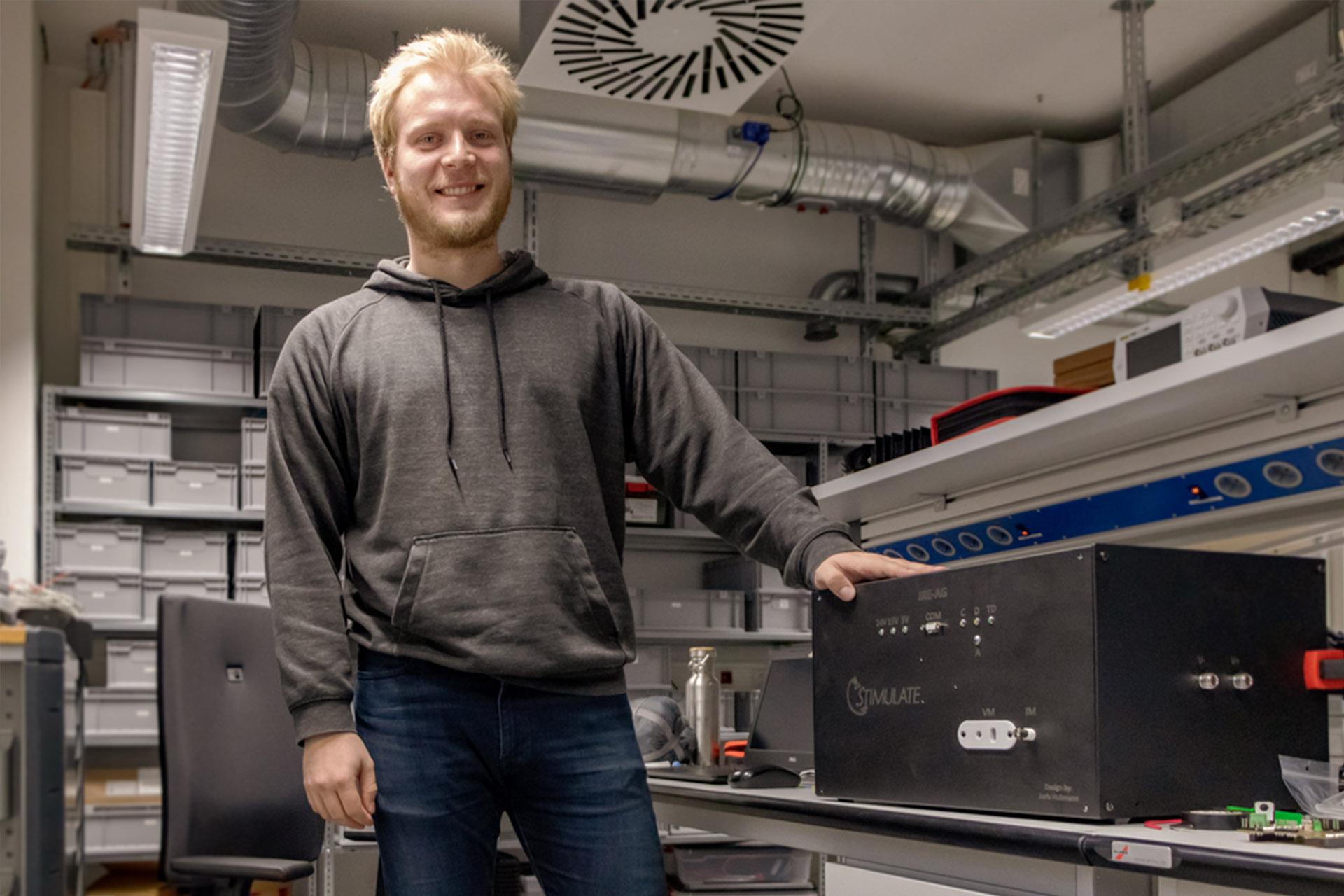 Joris reports on his master's thesis working on medical technology in the field of Irreversible Electroporation (IRE) at the research campus. (german)
More news

Since 2013, the STIMULATE research campus has been funded in the "Research Campus - Public-Private Partnership for Innovation" program of the German Federal Ministry of Education and Research (BMBF). Since then, the network has been steadily expanded and numerous collaborations have been established.

In Novemeber 2013, the STIMULATE association was launched by 7 founding members. Dr. Jörg Bode (Primed Halberstadt Medizintechnik GmbH) was the first chairman of the association.

In 2015, the 1st main phase of the STIMULATE research campus started. This also marked the start of the projects in which association members are actively involved. The number of members has grown to 20.

In November 2017, the STIMULATE association organized and financed, with some effort, a luncheon symposium at the Image-Guided Interventions Conference (IGIC) in Magdeburg.

This new idea was proposed by the association to the organizers of the IGIC and was successfully implemented. The feedback from the project sponsor of the research campus and from the guests themselves was consistently positive.

In 2018, much emphasis was placed on public relations work with the aim of increasing awareness of the research campus, the association and its offerings. Particular focus was placed on schoolchildren and students, who should be informed at an early stage that the association can promote technical and scientific projects and excursions in the region.

In 2019, the association supported Ivan Fomin and David Schote in the form of a fellowship for their 6-month research stay at the Martinos Center, Boston in the United States.

Move into the "Speicher B"

In 2020, the association moved into its new premises in the "Speicher B" in Magdeburg's Port of Science.

The partners of the Research Campus STIMULATE are Otto von Guericke University Magdeburg, Siemens Healthcare GmbH, and the STIMULATE Association. These three partners have regulated their cooperation in the research campus in a cooperation agreement.

The research campus is always interested in cooperation with scientific and economic partners. In addition to short-term project-related cooperation, the Research Campus STIMULATE is open to other interested parties with complementary competence profiles via the association.

The STIMULATE association is also dedicated to promoting young scientists. We include many committed companies from our region and beyond.

Are you interested in robots, 3D printers, artificial intelligence or virtual realities? Would you like to start an unusual project or do you have a concrete project idea for a school competition or a project week? Would you like to go on an exciting excursion with your school class or computer science group?

We support you and your school in planning, arranging contacts, access to high-tech research equipment and last but not least in financing your project (up to 1000 €). Bring your ideas, your know-how and your commitment. Together we will make your project possible.

Let's implement your project ideas together! With strong partners from industry and research, state-of-the-art medical equipment and intelligent software, and your potential, we can make a lot of things possible. We not only support you in project planning and implementation, but also promote the project financially upon application.

You do not have your own project idea, but still want to participate? No problem, just participate in existing projects or we develop something completely new together with your supervisors.

You want to learn more about medical imaging techniques, their visualization possibilities and human anatomy? Are you interested in computer-assisted surgery, medical visualization or biometric image processing? Then join us on a journey of discovery! We enrich and support your lessons or your study group with interesting demonstrations.

You'll soon be finished with school? Here in Magdeburg at the STIMULATE research campus, we have a lot to offer. At the University of Magdeburg, you have the opportunity to study mathematics, computer science, computational visualistics, electrical engineering, medical engineering and much more.

You would like to get a taste of research at the same time? Many of our members and partners have exciting topics for school internships, bachelor or master theses or offer dual studies. Contact us, we will be happy to put you in touch with the right contacts.